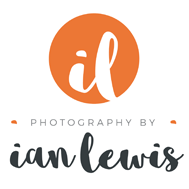 Another Late Blog Post! Hopefully this isn’t becoming a habit! Last weekend I went to Manchester to stay with Dave, a good friend of mine. While I was up there he asked if I could give him a few pointers so I suggested we went into Manchester with our cameras to take some shots and I could give him bit of a lesson in the settings on his camera and help with composing shots.

We caught the tram into Manchester but stopped at Old Trafford on the way. Home to Manchester Utd, Daves favourite team. Not mine I must stress! We had a walk around the outside of the stadium and I rattled off a few shots. 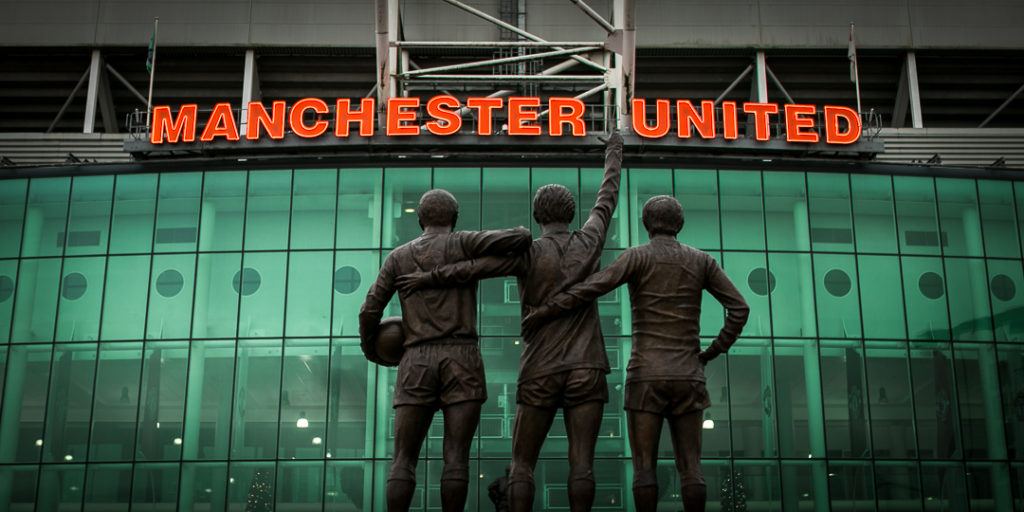 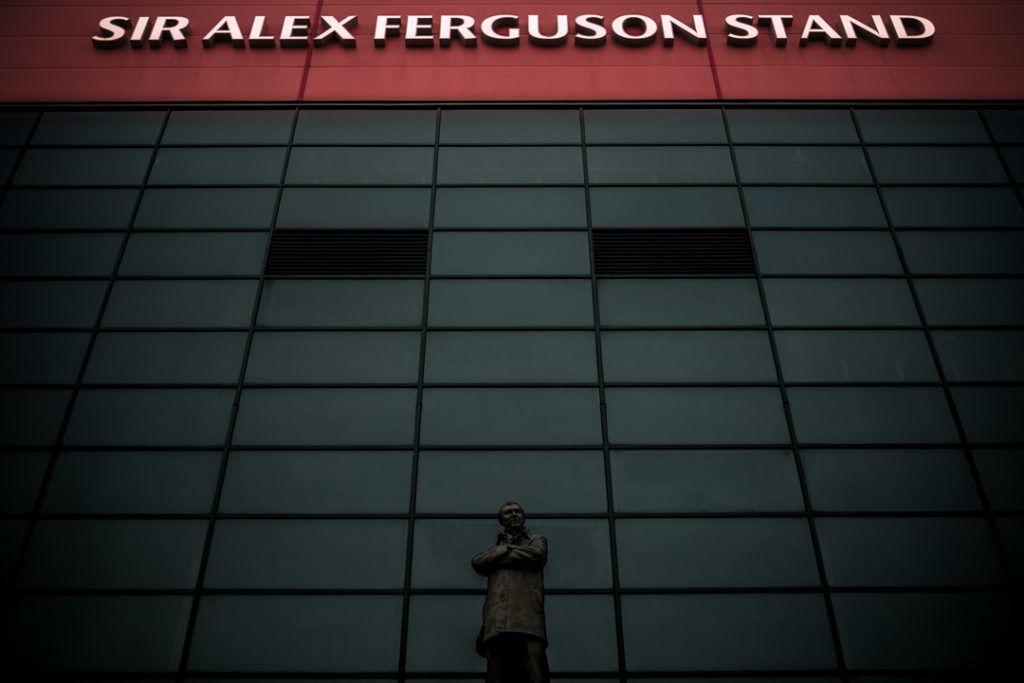 The light was poor at Old Trafford so we didn’t stop for long and headed down towards the canal at Salford to catch the Tram again into the City centre. We had to wait for a while before the tram was due to arrive so during the wait I started explaining long exposures to Dave and how you could go about photographing moving objects. With that a tram came around the corner on the other side of the station. I quickly adjust the settings on my Canon and shot an image as the tram was pulling into the station. 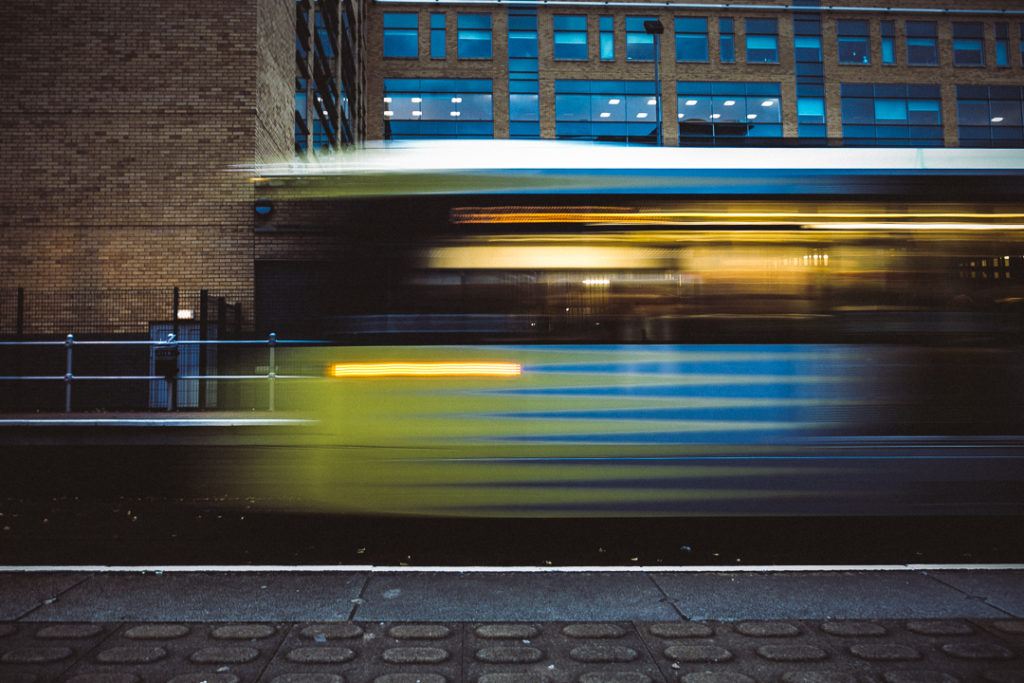 To shoot the above image I used a shutter speed of 1/6 and an ISO of 50. I know that if I held my breath and tucked my elbows in tight I would be able to eliminate any camera shake resulting in capturing the movement as the tram pulled into the station but rendering the foreground and background as a sharp image. I showed Dave the image on the back of the camera  so he could see how to shoot long exposures.

After our tram took us further into Manchester we took a walk down Deansgate and headed for Manchester County Court. The Court is a newly built building with lots of modern glass and light emitted from it at night. By the time we got here the light was beginning to fade fast to enable us to shoot some longer exposures and tray and grab some movement in the traffic passing in front of the Court House. I found a wall that we could rest our cameras on to eliminate shake and talked Dave through the settings he would need to be able to capture the building against the dark blue sky and get the movement in the traffic that we were after. 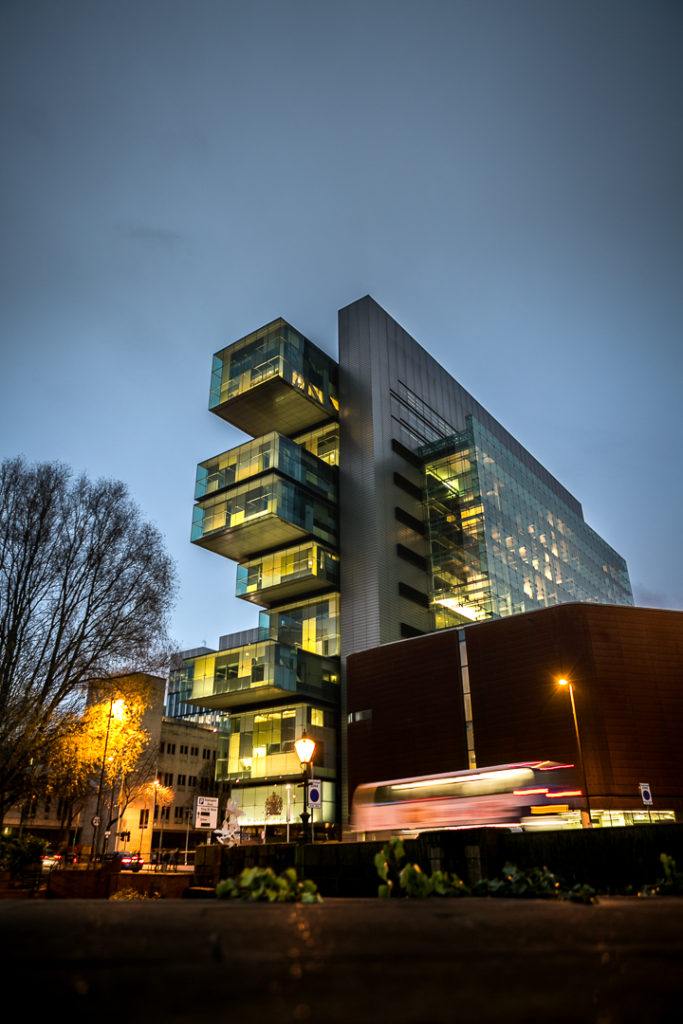 Unfortunately there was a lack of any real traffic. The location that I choose for us to shoot from would allow us to see as the buses from the nearby Bus Stop so you could see a lot of movement in the lights on the top floor of the passing bus. For the above shot I used a shutter speed of 1/4 seconds and an ISO of 250. Again I knew that I would be able to make sure that I was able to capture the scene in sharp detail and only allow for the bus to be moving within the frame. Shortly after taking the above shot it started to rain. I wanted to try and get a shot of the famous Hilton Hotel at the bottom of Deansgate towering above the old Victorian factory in front so we left the Court House and headed back towards Deansgate.

The rain got harder. And Harder. This wasn’t part of the plan! By now the dark blue sky had almost turned to black so there wasn’t going to be much time to shoot when we had got the location. Again the traffic wasn’t on our side and the shot that I had seen in my mind before couldn’t happen. I managed to rattle off a few frames regardless, capturing some movement in the traffic in the foreground but the rain spoiled the image as every time I pointed my camera up to take the shot I would get spots of rain on the lens. The below shot is ok considering all of the elements seemed to be against us! 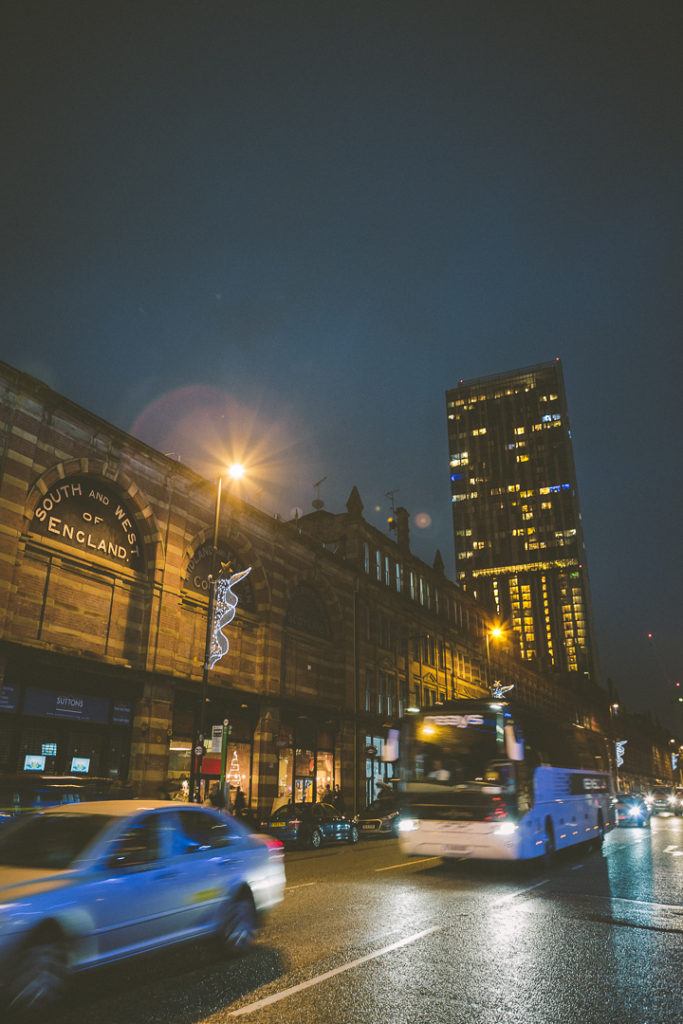 It was good to hear that Dave actually learnt quite a bit during our afternoon out with the cameras and it has reinvigorated his interested in photography. Hopefully Dave will continue with his camera now and build on the skills that he learn during our afternoon in the city.

If you are interested in learning more about your camera and some of the different techniques that I use in my photography, why don’t you contact me about the workshops that I run and enquire about a 1:1.